The second edition of Squatting in Europe: Radical Spaces, Urban Struggles has just been published. As before, the pdf is available and individual chapters are now being uploaded to the website, links below. 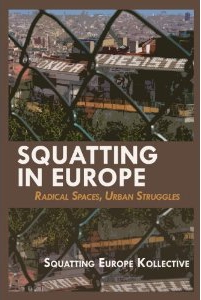 Squatting in Europe aims to move beyond the conventional understandings of squatting, investigating its history in Europe over the past four decades. Historical comparisons and analysis blend together in these inquiries into squatting in the Netherlands, Italy, Spain, France, Germany and England. In it members of SqEK (Squatting Europe Kollective) explore the diverse, radical, and often controversial nature of squatting as a form of militant research and self-managed knowledge production.

Available from Minor Compositions direct and all good radical bookshops.